More than 200 participants attended 50 lectures at the JavaCro'14 conference where Evolva was given a great response from the audience. The lecture titled "Desktop2web migration is finished, 700.000+ lines of code were reborn", which was held by Matija Tomašković, was awarded the 2nd place in the thematic section "Business technologies and case studies" and the 2nd place in the overall ranking of all lectures. A lecture "Hybrid mobile apps - deploy Java web application on Android to run offline", given by Matija Tomašković and Daniel Strmečki, won the 1st place in the thematic section "Web and mobile".

For more details visit the official website of the conference to see a final JavaCro'14 report. 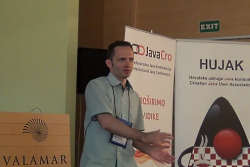 The best lectures at JavaCro'13

At the JavaCro'13 conference among alltogether 61 lectures, which were held by speakers from 6 countries, a lecture titled "Evolution Framework - speed and simplicity for enterprise web applications" held by CEO of Evolva Matija Tomašković, won the 1st place in the thematic section "Web and mobile" and was recognized as the best choice of the subject and the best presentation among all lecturers.

A high interest for Evolva's projects and technology was once again shown by the 1st place in the thematic section "Solutions and business cases" which, according to evaluations of the audience, won a lecture titled "Strategic debt collection management in banking - technical challenges" which was held by Matija Tomašković and Davor Sauer.

For more details visit the official website of the conference to see a final JavaCro'13 report. 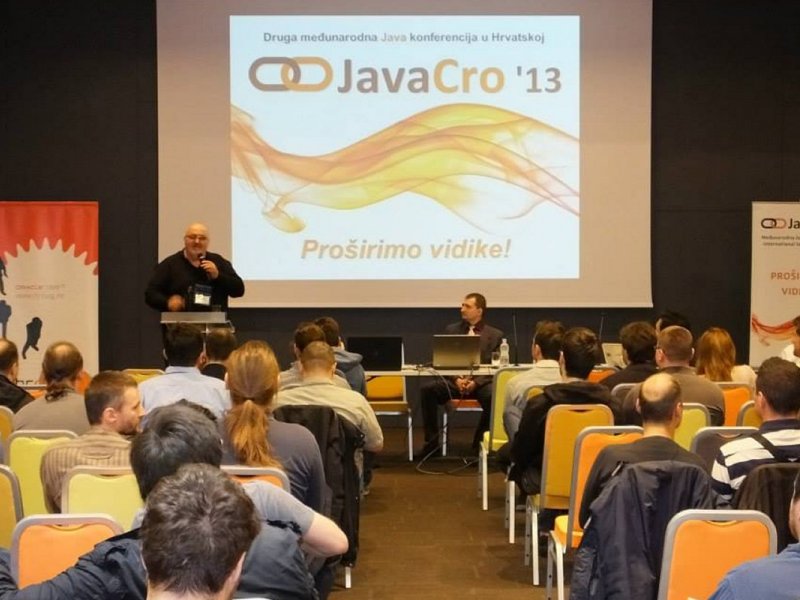 At the 17th HrOUG conference, which was organized by the Croatian Oracle User Group in 2012, final numbers show that over 360 participants from 163 companies from Croatia and 13 countries from Europe and America participated in 114 lectures, workshops and other activities. Matija Tomašković gave a lecture titled "Evolution Framework, a complete framework for enterprise Java web applications - the best practise". The lecture was declared the best in the thematic section Java based on the highest score given by the audience.

Visual Editor, called Evolva GUI editor at that time, won the special VIDI e-novation award as one of the best Croatian innovative ICT projects in 2010. It is a software tool that is a part of the Evolution Framework, a technology specialized for the visual interface prototyping that makes it easier to define user requirements at an early stage of the custom application development.

BICRO support for the innovative technology

The development of technology Evolution Framework was supported in 2010 by BICRO, Business Innovation Centre of Croatia, as part of the first round of Proof-of-Concept program for innovative products when a total of 21 projects were financed. The program of the innovative concept is funded by the Croatian Government and the World Bank, and it is implemented by BICRO in collaboration with recognized centers among which Evolva cooperated with Technology Park Varaždin.

Highest ratings at the Java conference

Support within the Proof of Concept program

Successful cooperation with the Association

Successful cooperation on projects of the Faculty

www.evolva.hr uses cookies in order to provide you with a better user experience. Cookies settings can be defined in your web browser. For more information click here. By using this website you agree with the use of cookies.I agree